If safari is on your bucket list, you’ll be longing to spot the “Big Five” game animals: lions, rhinos, water buffalo, leopards and elephants. The term “Big Five” was coined during the hunting heyday in the 19th and early 20th century, when it was considered a lifetime achievement to travel to Africa and kill one of these exotic animals as a trophy. The “Big Five” became known as the most challenging and dangerous African animals to track and hunt on foot, and as a result of relentless hunting during this time (and still today), four out of five of the the Big Five animals are now on the endangered species list, with water buffalo the only species that remains plentiful.

Illegal hunting remains a deadly threat to lion and leopard populations, which are still declining in some parts of Africa. The African elephant is also vulnerable due to habitat loss and poaching, which remains widespread despite the ban on the ivory trade in many countries. According to conservation groups, an elephant is killed every 15 minutes. The rhino, particularly the black rhino, is critically endangered, with some rhino sub-species likely to become extinct in our lifetime. Poaching remains an enormous threat for rhino and elephant, due to the erroneous belief that the keratin in their horns/trunks has medicinal benefits.

Today, the “Big Five” are protected under law by many countries, who have taken steps to ban the trade of elephant and rhino horns, and eliminate, reduce or heavily control big game hunting, while also investing in breeding programs and the restoration of critical habitats.

If you want to spot all of the “big five” on safari, patience is key. Our top tip is don’t expect to see all of these animals in one day, so make sure you book a multi-day safari. Here’s a little more about each animal, and how to maximise your chances of spotting them all!

Lion - the king of the jungle 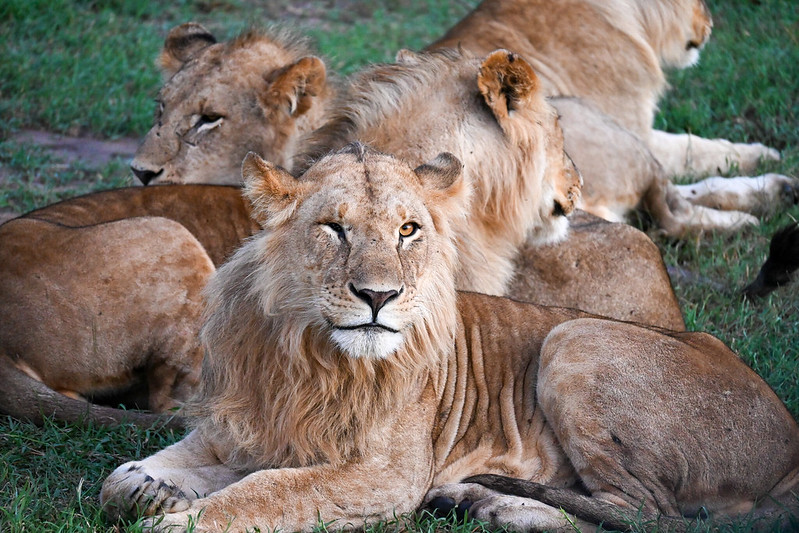 Arguably the world’s most famous big cat, lions are the second largest big cats after tigers. Adult male lions have distinctive manes and can weigh up to 190kg, while female lions are slightly smaller. Lions live in prides, usually made up of 10-15 animals. They are some of the only predators who can bring down large herbivores like elephants and giraffes.

How to spot lions on safari:

Since lions travel large distances, a mobile safari is the best way to see them. Timing your safari to coincide with the annual wildebeest migration in the Masai Mara (Kenya) from July to October, or wildebeest calving season in Tanzania from January to March, will increase your chances of seeing lions hunting. Tanzania has Africa’s largest lion population. Tanzania’s Northern Safari Circuit, Masai Mara Reserve in Kenya, South Luangwa and Kafue in Zambia, Botswana’s Okavango Delta and Etosha National Park in Namibia are all great places to spot lions. The best time to spot lions is in the early morning or late afternoon. During the day, they often sleep under bushes and trees.

How to spot lion cubs on safari:

Lions give birth all year round and pregnancy lasts for around 110 - 120 days. This means that you have a really good chance of seeing cubs when you safari in Tanzania, Kenya & Botswana, regardless of the time of year. The best time spot cubs is around a kill, after the larger lions have eaten. You may also find them hidden around rocky outcrops or under bushes. 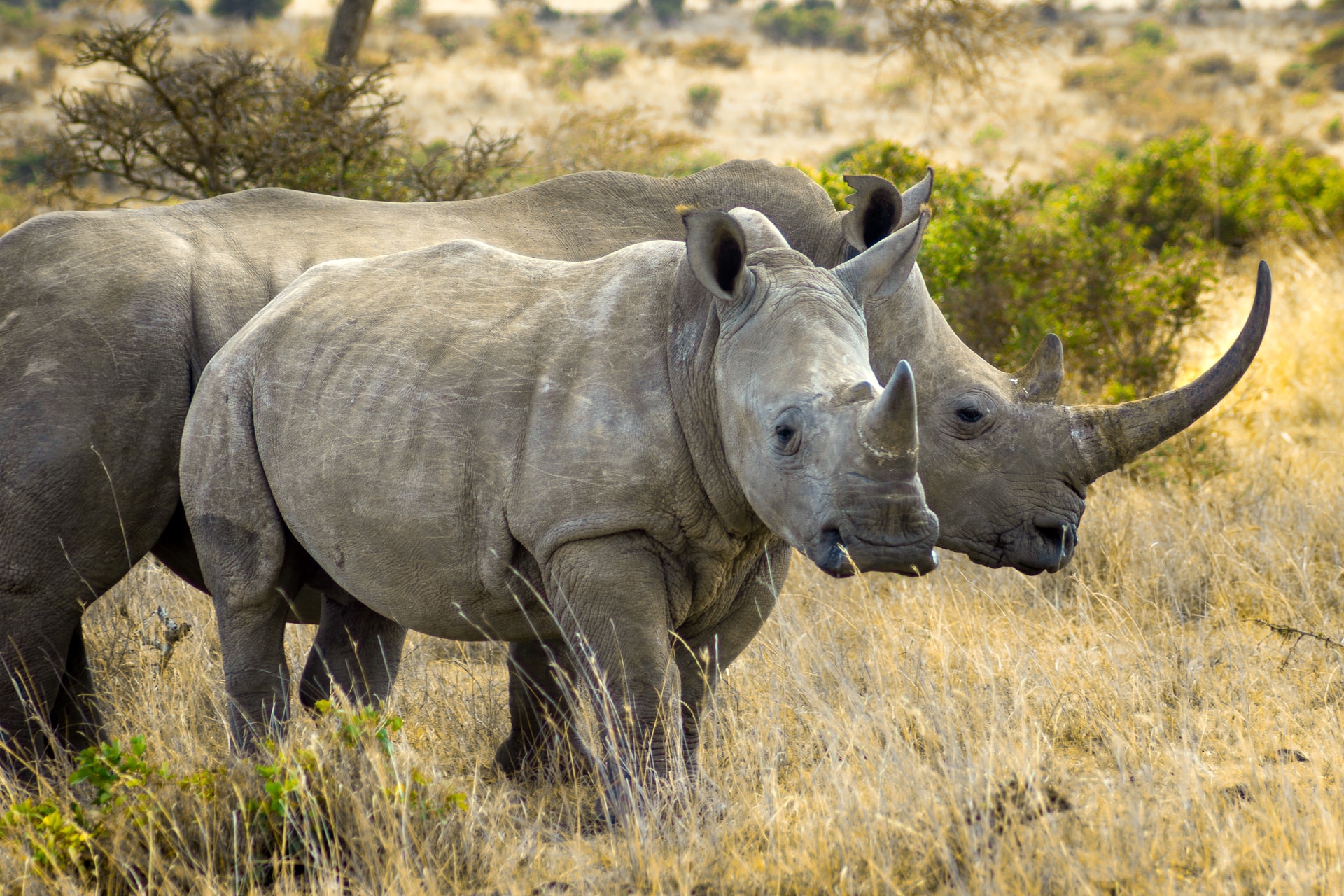 Due to tireless conservation efforts, both the black rhino and the white rhino have been brought back from the brink of extinction, but populations of both species remain small. The black rhino is most frequently spotted on safari and is also known as the hook-lipped rhino due to its prehensile upper lip which is used to push at branches for food, it is the smaller of the two African species, but can still weigh up to 2,100kg when fully grown. Its coarse skin can be up to 5cm thick!

How to spot a rhino on safari:

Rhino populations live across large parts of southern and eastern Africa, including Kenya, Tanzania, Botswana, Namibia, South Africa and Zimbabwe. The greatest rhino population density is in Kruger National Park, Sabi Sand Game Reserve and Hluhluwe Game Reserve in South Africa, and Western Kunene, Namibia. Rhinos can be found in a variety of habitats, including open plains, thorn scrub, savannas and dry forests with a water source nearby.

If you are going on safari in East Africa, Nakuru National Park in Kenya and the Serengeti in Tanzania offer fantastic opportunities to spot rhino. If you'd like to visit Najin and her daughter, Fatu, the last two remaining northern white rhinos, you can only do this at Ol Pejeta Conservation in Kenya.

Water buffalo are commonly seen roaming sub-Saharan Africa. They live in herds of up to 500 members, making them easy to spot. Water buffalo can weigh up to 1,200kg with bodies up to three metres long and tails up to one metre in length!

How to spot a buffalo on safari:

Large water buffalo populations can be found across most of Africa, with South Luangwa National Park and Kafue National Park in Zambia having particularly large herds. Water buffalo are bulk grazers who need a near-constant supply of suitable food and water. A water buffalo can consume 35L of water in a matter of minutes! As a result, they’re most likely found near large bodies of water, and are especially easy to spot during the rainy season. 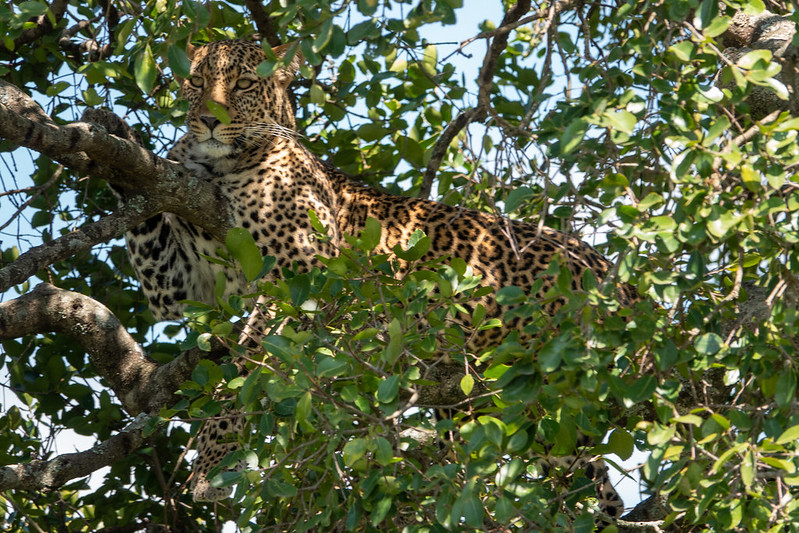 Leopards are solitary animals, characterised by their spotted or “rosetted” fur. They are formidable predators, capable of reaching speeds of up to 58km/hr in short bursts and can jump up to 6m! They can grow to almost 2m long, with tails as long as 1.4m!

How to spot a leopard on safari:

Some of the best places to see leopards on safari include the Masai Mara National Reserve in Kenya, Serengeti National Park in Tanzania, South Luangwa National Park in Zambia, and Moremi Game Reserve in Botswana’s Okavango Delta. They are nocturnal animals, but female leopards can be quite active during the day when they have cubs, as they have to feed their young. They can be spotted hunting in savannas, and are also found around rocky outcrops and woodlands. Don’t forget to look up! They are often found sleeping in yellow-barked acacia trees or sausage trees. Leopards can be particularly shy and sensitive to the presence of people, so keep loud conversations and sudden movements to a minimum if you believe there is a leopard nearby. 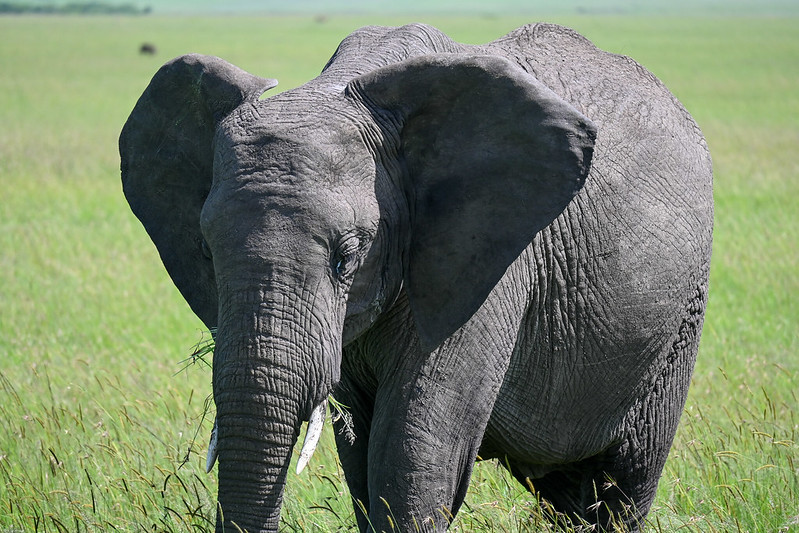 African elephants are the largest animals walking the earth. They can reach up to 9m in length, from trunk to tail, and weigh up to 5,000kg. They have a distinctive long trunk and large ears and can live for up to 70 years in the wild! Elephants are the most socially developed animals in the world, with substantial cognitive ability.

How to spot elephants on safari:

Elephants need to eat between 150 - 300kg of food per day, so they spend up to 18 hours grazing on grasses and browsing on tree bark, roots, leaves and small stems. They like to bathe regularly, so can often be found near a water source. African elephants are widely spread across the African continent. The best elephant viewing safari parks are:

How to get the most out of your African safari

The best way to ensure you’re getting the most out of a safari is to go with an experienced guide. Safari guides are experienced at spotting animals, and they know the best places to find them. They are also incredibly knowledgeable and you will learn a lot from them if you ask questions. An extra pair of eyes scanning the bush always helps, so make sure you get involved and call out (softly)  if you see anything interesting! Early morning and late afternoon are the best times to see a large number of animals, including the Big Five, so make sure you venture out at these times to make the most of your safari. 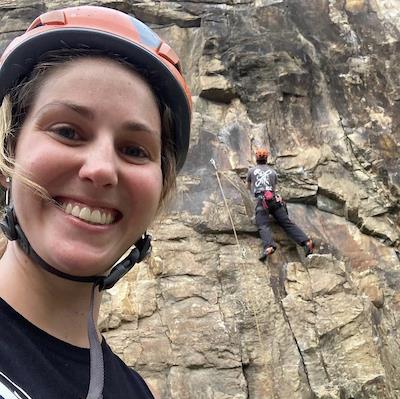