The Adventure Out Loud Difference

The world’s true beauty isn’t captured by popular tourist attractions. True beauty is found by immersing one’s self in new community, culture and language and finding a way to make a difference in someone else’s life.

50% of our profits are donated to support grass roots charities and community initiatives.

In 2015, after spending 18 months living and volunteering in Tanzania, Nate wanted to do something more. He wanted to find a way to help other people through his passion for travel and adventure. In particular, he wanted to keep disadvantaged students in school.

Nate thought this goal could be achieved by connecting the millions of travellers who visit developing countries each year to local communities, cultures and charities. Ultimately, he believed he could inspire travellers to help the people and causes that they met on their adventures.

Over the next 6 to 12 months, Nate discussed the idea with hundreds of people as he travelled across Africa, the Middle East and Europe, and was amazed by just how many people loved and supported the idea.

After running the concept past Steve Brunskill, a trusted mentor, the two felt compelled to develop the idea further. By late 2015, Adventure Out Loud and the #adventureforacause travel model were born.

Since our first #adventureforacause in July 2016, we’ve already made a huge difference. 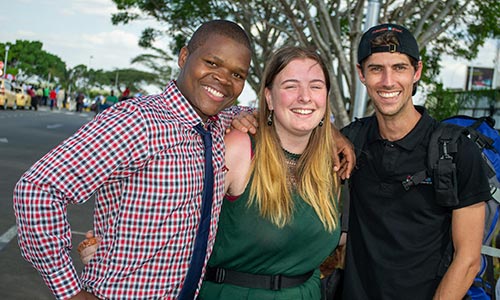 Our team of local and Western guides are passionate about creating unique, personalised travel experiences that make a difference in the lives of our adventurers and in the communities we visit.

Whether it’s climbing the highest free-standing mountain in the world or volunteering in Africa’s largest slums, our team is unified in our passion for adventure and making a difference.

Nate an Aussie with an enthusiastic addiction for life and an incredible thirst for adventure. Since 2013, years Nate has travelled, lived or volunteered in more than 40 countries, across 4 different continents.

His passionate about empowering people to make a positive difference in their lives, families and communities led him to establish Adventure Out Loud in 2015.

With 14 years experience on Mt Kilimanjaro, you’re in safe hands with Bobby. He worked hard, paid his own way through guide school and eventually becoming a head guide for one of Tanzania’s leading tour providers. His “one love” approach to life philosophy inspires Bobby to serve and connect his clients and Wagumu (Swahili for porters) better than anyone on the mountain.

At just 27 years old, Jaff established himself as a major player in one of East Africa’s busiest safari hubs, Arusha, Tanzania. His strong belief in conservation through responsible tourism provide his clients with authentic and unforgettable travel experiences that make a difference.

Laura is our resident doctor, yoga instructor, photographer, graphic designer, proof-reader, and (self-proclaimed) number one supporter. With three passports and 31 countries ticked off to date, this chica is always looking for her next adventure.

Jacob is the “pup” of the AOL team and one of our sponsor students, currently completing a Bachelor Degree in Economics. Jacob moved to Nairobi after the death of his mother and father to further his education, graduating at the top of his class after impressing the Head Master and gaining more scholarships to continue his dreams. Jacob is an invaluable member of our East African team where he is best know for his mischievous sense of humour and wide-grinning smile.

One of 2 boys born to Maasai parents, Godson was fortunate to receive a scholarship to The School of St Jude. Originally dreaming of becoming a doctor, he found his calling working with visitors and upon graduation decided to become a safari guide. Born with the ‘gift of the gab’, Godson will have you rolling around in hysterics as he theatrically describes life in Tanzania. 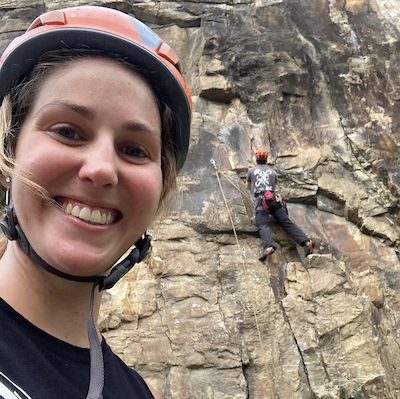 Join our community of like-minded adventurers for monthly updates about Africa's most exciting destinations, sponsor students, local events and how you can explore Africa and make a difference in the world!

Want help planning your African adventure or have a burning question?

Book a consultation with an African expert

or let us know what you’re thinking...